The Hypnotist and The Mentalist 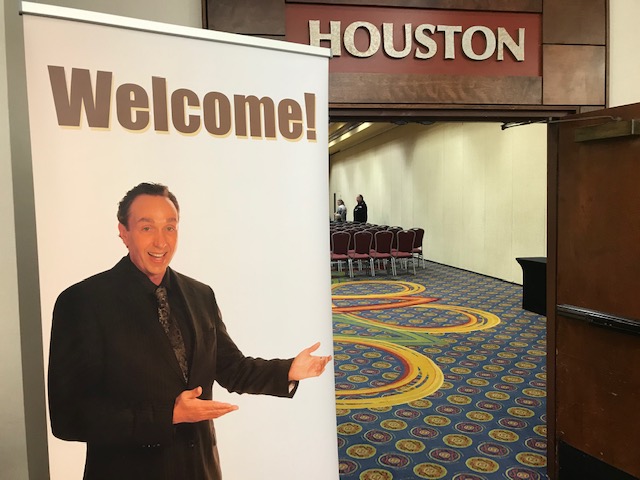 This past weekend we hosted our show here in Houston at the Marriot Hobby Airport. We had a fantastic turn out and the audience was unbelieveable. Our show opened with an incredible performance by The Mentalist, Phil Peterson. Phil read minds and revealed his future predictions with incredible acuracy. The audience was in awe. From back stage I could hear there appause.

Soon after the audience was ready for the Hypnosis show, which opened with a bang, when I appeared on stage. The room imeadiately filled with energy for me and I knew we were going to have a great night. I called for volunteers and the stage filled in seconds. The volunteers were incredible receptive and went deep fast, so we were able to get right in to the routines.

Batman got pulled over only to fail his sobriety test.

We had several celebrities show up, including Bruno Mars, Lady Gaga and oh my … Beyonce’

An hour and a half flew by by and before you knew it it was time to go. But before we left the room we had already booked our next two shows and received several great reviews on line .

If you are already planning for this years Holiday celebrations, Book the Hypnotist and the Mentalist.